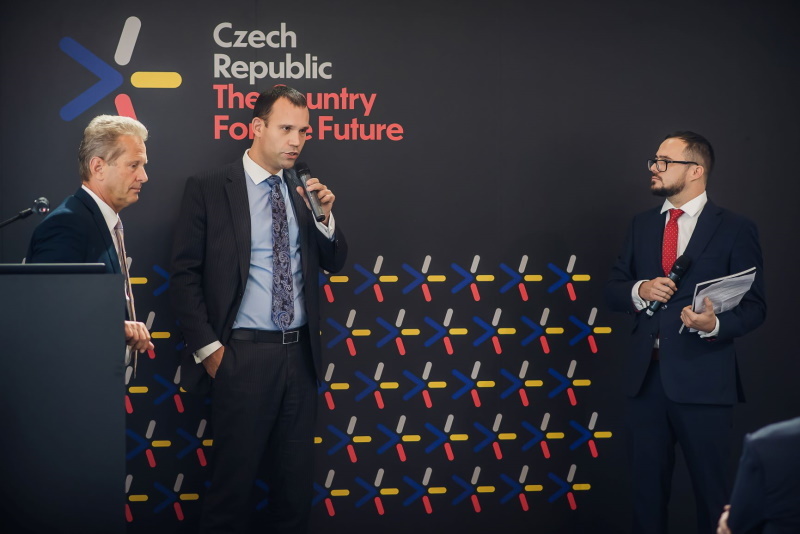 The uncertainty in the economy has been surging and domestic exporters who require financing have more and more often turned their attention to the Czech Export Bank (CEB). The state-owned institution supporting the exports of domestic firms is now engaged in new business cases worth several billion crowns. The bank, established 25 years ago, is here exactly in order to support meaningful projects in relatively risky territories in uncertain times.

During a crisis, commercial banks are more cautious and they are partially withdrawing from the market due to the rising risks. The pandemic impacts have already been reflected in the statistics of the provided loans for the entire banking sector. Nevertheless, the Czech Export Bank, which celebrates 25 years of its establishment this year, is supporting Czech exporters in both good and bad times.

“Together with Czech exporters, we are now tackling the funding of their foreign contracts in the volume of several billion crowns. This is a brand new demand connected with the current economic situation. Those are primarily infrastructure and agricultural projects in Southeast Asia and Africa. The CEB is thus actually fulfilling a certain anti-crisis function as well,” bank board chairman Jaroslav Výborný explains.

The number of products the CEB provided as of the end of September corresponds to 90 percent of its results for the whole of last year. “When it comes to the volume, it concerns mainly credit and guarantee products in smaller volumes that support Czech firms in the implementation of their export contracts and contribute to their cash flow stabilisation. The firms that want to use the current situation for cheap purchase of their competitors abroad or intend to extend the capacities of their plants are taking loans,” Výborný says.

The role of the Czech Export Bank is not to replace commercial banks on the domestic market. Its role rather lies in support for Czech exporters in order to enable Czech firms to have the same funding opportunities as their foreign competitors. The bank does not consider itself a competitor for the commercial players or in the funding of exports. “We want to supplement the commercial banks, not to compete with them, for instance, by being a member of the financing banks’ club and a partner for the sovereign foreign debtors who want to have a state institution as their counterparty,” Výborný says.

Facing profit for fifth year in a row

The ČNB central bank claims that in September 2020, the volume of the approved applications for the postponement of loan payments for the sector of non-financial companies under the debt moratorium reached roughly CZK192.8bn, which was more than 14 percent of the overall volume of the credit portfolio of the banks in the Czech Republic. The CEB debtors, foreign countries to a high extent, do not face problems with their repayment due to the pandemic. “Our portfolio is much more resistant than we have expected. Within the moratorium, we only have two applications for the postponement of repayments. In both cases, those were the debtors of whom we presumed this based on figures,” Výborný adds. The CEB annual reports also show that since 2014 the bank has signed contracts worth some CZK30bn, which have not resulted in a single significant loss. And the bank has ended up in profit for the fifth year in a row.

Even in the following years, the CEB intends to participate in the preparation of further financial transactions in order to maximally support Czech exporters in the time when the may meet with limited possibilities of other banks. During its 25-year work, the bank has supported Czech exports to 92 countries all over the world by funding almost 1,900 business cases with the total volume of CZK387bn.