You really make that in the Czech Republic? 'We can proudly say: Yes!' 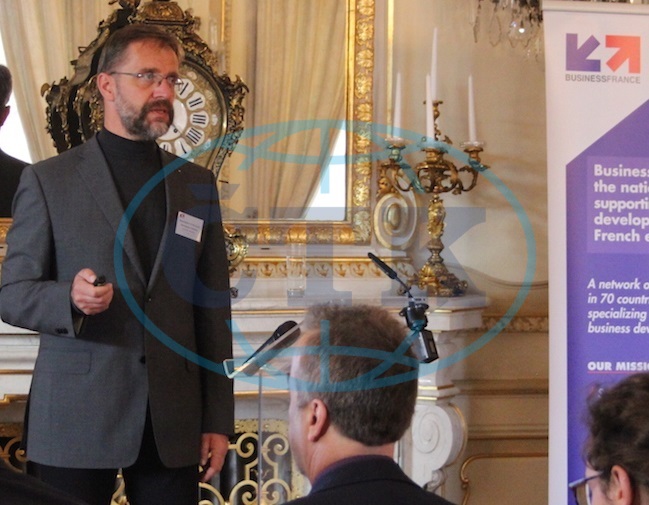 While the Czech Republic has remained one of the few European countries capable of manufacturing complete aircraft, Czech companies also play a significant role in the supply chains of major multinational aeronautical companies. One such example is the Airbus consortium. Indeed, the Czech Republic serves as an all-round “favourable address” for aeronautics manufacturing, as attested to by the likes of Honeywell, GE Aviation, Bell Helicopter, Latécoère and Zodiac Aerospace (Driessen). Such firms have either established branches in the Czech Republic, or have acquired existing Czech companies.

A deeper understanding of our strengths requires a look back in Czech history. During the one-hundred-year existence of the Czech aeronautics industry, not only have strong traditions been cultivated, but also a skilled specialist labour force, which – in spite of wider historical events – maintained a passion for aviation and the work undertaken by their respective companies. Over the years, those involved sought to preserve and develop this industry as much as possible. And if a company could not be saved, following a loss of orders after the break-up of the Cold War-era bi-polar division of global trade, then enthusiasts in the field sought other alternatives. For aircraft component and outfitting manufacturers in particular, the most fruitful path forward has been to join the supply chains of the large multinational aeronautics firms.

But that is far from a simple process. Among the numerous specificities involved in aircraft manufacturing is the fact that production is undertaken under strict monitoring by oversight authorities demanding compliance with strict regulations. And if a supply chain gains a certification as a whole, then the replacement or addition of a new member can mean the need to once again go through the entire certification process. Furthermore, although the world was well-acquainted with Czech acrobatic aircraft – and production of was maintained at global standards – for unknown reasons, not enough consideration was given to the notion that this branch could represent a viable future industry. But such aims later gained traction via a process of gradual engagement with European Union programmes, through which European companies could acquaint themselves in detail with the state of, and opportunities presented by, the Czech industrial sector. And this was significantly assisted by the Prague-based Czech Aerospace Research Centre (VZLÚ); indeed, this institute even served as a coordinator for the CESAR (Cost Effective Small AiRcraft) programme, focused on the development of light aircraft.

Similar efforts were undertaken by the company PBS Velká Bíteš as part of the ESPOSA (Efficient Systems and Propulsion for Small Aircraft) programme devoted to the development of turbine engines for light aircraft. The same was the case with the engagement of Aero Vodochody in development of the KC-390 (a medium-size, twin-engine jet-powered military transport aircraft developed by Brazilian aerospace manufacturer Embraer). All of this meant that the world began to slowly discover that the adage “the air is our sea” really was true in the Czech Republic. This then led to many queries along the lines of: “Do you really manufacture this in your country?” And so next time you fly on an Airbus plane, give a thought to the role played in its production by Czech manufacturers. Because it is almost certain that the aircraft will contain several components manufactured in the Czech Republic.

But there is a far from universal methodology in terms of how to join the supply chain for, as examples, making components for engines for Rolls-Royce, or assembling the airframes of Sikorsky helicopters. During the country’s one-hundred years of aeronautical tradition, Czech companies have succeeded in merging experience, knowhow, tradecraft, and passion for their work among employees. And the ratio between quality and price also continues to be particularly attractive. Not to mention one additional bonus – the continued close cooperation among companies, research institutes and universities, from research and development, through to the commercial realisation of particular products. Countless companies have invested not just into development, but also into ensuring they have the most modern equipment and facilities. This, in turn, means that they are on a par with any overseas firm forming part of the supply chains for the major global players.

And so the opening sentence of this article can be supplemented with the following clear declaration: Yes, the Czech Republic is capable of building a complete aircraft; and this means that it is also fully capable of making major contributions towards the production of aircraft from global companies such as Boeing, Airbus and many others...

The Association of the Czech AeroSpace Industry (ALV ČR)

The Association of the Czech AeroSpace Industry

Founded in 1996 (the year of its formal registration). Today, it has 38 members, of which 10 member companies employ more than 250 people (furthermore 30 manufacturing companies, two universities, two research institutes, as well as other entities involved in aviation and aerospace). Represents more than 9,000 employees. In 2017, ALV member companies produced 131 complete aircraft (of all categories)