The business of better diplomacy 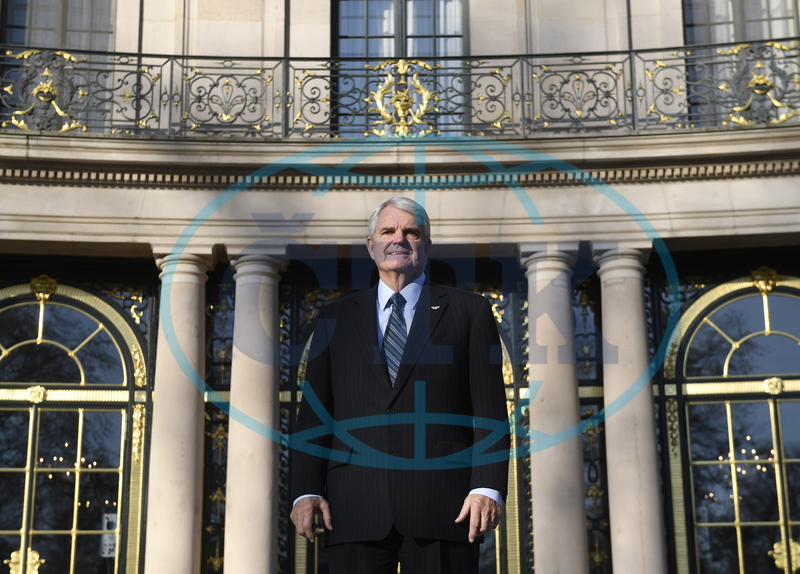 In order to meet their full potential, relations between the Czech republic and the United States require the cultivation of strong economic ties, says Stephen King, United States Ambassador to the Czech Republic in interview for a special magazine „Czech-American ties: a 100 year bond“ published by Protext CTK (Czech News Agency). (Download here)

Every year, the US embassy is aiming to find two new investors for both countries, as well as to coax existing ones into further expanding existing trade. Such a scenario should, believes King, create thousands of new jobs in both countries.

You like to declare yourself to be a “man of business” – what is behind this? Is it your past career, affinity for doing business, and the experiences you have gained?

When I entered college, I had no idea that I would end up in the business sector. I wanted to be a teacher, and, in fact, I ended up in that profession for some time. But then I succumbed to the world of business, and I must say that that is a world I genuinely love.

But I also have to add that I really enjoy serving as an ambassador. To be in business – especially when in the US, everything is basically business – offers the chance to build management teams, expand a company, and the opportunity to make money, ideally for the longer term. That is all very well, and you are rewarded for your efforts according - ly – but, in all truth, there are other advantages as well. By that I mean the creation of things which last and have added value. It isn’t just about dong a certain kind of work, but doing it for the benefit of people.

And that led me to the discovery that the business with which I was involved [setting up and later selling-off a chemicals production business – Ed.] did not just help to secure me in a financial sense, but also gave me a great deal in human terms. Nor was this a particularly huge company – it employed no more than one-hundred staff. But it ended up being the most worthy thing I had done.

When did you realise that? At the time, or only later?

Yes, it wasn’t until sometime later. I was buried up to my ears in business, and was doing what needed to be done. I collaborated with the public sector, and we also worked with schools, the states, and the federal government. Many valuable friendships developed as a result of these activities. Which was fantastic. I enjoy competing, and I think that the US tops most indicators in this regard. I love sport for the same reason.

Which is why I so enjoyed being in the world of business and being competitive. Naturally, failure was also part of the equation, but I learned from these experiences, and sought to come out on top if a similar situation arose in the future. And that will to compete and to succeed – that was what it was all about.

As for the work of being an ambassador – if, indeed, I can draw any conclusions after only seven months – I find it rather similar. Here, too, one has to invent a product, create it, sell it for a competitive price; it is a kind of business in the services sector. I serve the American people, and I remind myself of that every day.

How big a change has it been for you to shift to Prague? Did you prepare yourself beforehand for a different kind of life?

Of course it was a kind of homework for me going into this. I wanted to arrive armed with knowledge so as to be able to deal with any potential hurdles. I began making preparations in January 2017, and spent a year learning about Czech society, its people, and its history. I had never been here before, and don’t have Czech blood in my veins [the previous US ambassador Andrew Schapiro had a Czech mother – Ed.]. Despite this, or perhaps because of it, my expectations were high. Indeed, I have a friend in Wisconsin who served as ambassador to the Czech Republic from 2006-09 [Richard Graber – Ed.], and back then he enjoyed telling me stories about this country. He spoke of the Czech Republic with great appreciation, and that created a strong impression in me.

And then, years later, when I was asked if I would accept an ambassadorship, I answered “why not?”. And when asked where I would like to serve, I answered: “Prague”.

Is your enthusiasm for Prague and the Czech Republic unabated?

Certainly. The experiences I have had affirmed my decision, and my expectations have only increased.

You have on a number of occasions stated that you believe the Czech economy is in a good shape. How is this fact reflected in your work as an ambassador-businessman?

I would begin by answering that the economy here really is very strong. As for relations between the Czech Republic and the US, I would categorise them as being strong-to-very strong. And I view it as my goal to elevate that status to the category of excellent. And that is why we have set ourselves certain goals at the embassy to help attain such an improvement.

What kinds of goals? And what part will you play in realising them?

It works in two directions. I represent the United States here, and so I have to help Americans to invest in the Czech Republic. And conversely, I also have to help Czechs to do business in the United States. I have to balance that out at the moment. And insofar as my potential legacy is concerned, I would like to build a third pillar of mutual ties, which would mean that the overall structure will be able to stand on three legs.

The first pillar is bilateral friend - ship, and that is the basis for relations. We have a one-hundred year relationship of ties that are strong and solid, and so we have a great foundation on which to further build.

The second pillar is security. Friends are friends, and relations work along both bilateral and other lines. I see great potential in such mutual ties. We have fifty states in the US, and each of these has a partner country abroad. They build military ties, and the legacy of past migration (from Europe to the New World) helps to cement such ties. But there is one country in the world which actually has such close ties with two American states – and that is the Czech Republic. For it has partners in both Texas and Nebraska, and there are strong Czech communities in both states.

From a security perspective, such relations are crucial, and play a role in military and intelligence matters and also law enforcement.

The third pillar which I will try to build is economic prosperity. This should serve to support the entire platform, but at the same time it forms a foundation on which we can still build for another hundred years.

And the importance of such economic ties could increase significantly; there is much to improve. My sense is that without the economic pillar, the other components of friendship and security won’t be as solid as they could be.

And that is where I see my mission and purpose. I came from the world of business, and have considerable experience in this regard. I also know how to set other goals beyond measurable annual indicators such as sales or profits.

What, specifically, have you decided to do in this regard?

I have a vision for my service here in the Czech Republic structured around each year that I spend here.

The first “two” is my assuming the ambassadorship, learning about the environment, and securing two new direct American investors who will invest into the Czech Republic. And in order to give them some inspiration, we have set out to approach two large existing investors, such as GE, Honeywell or Microsoft, so as to encourage them to further engage here and increase existing investments. Meaning “two” for new businesses, and another “two” for existing corporations.

At the end of this equation containing four number “twos” should be the creation of thousands of new jobs, which will then help the GDPs of both countries.

Do you already have a good idea of the steps to be taken this year towards the realisation of this equation?

It gives me pleasure to be able to state that we have already made considerable progress towards this goal. One excellent example of something in which we played a role is investment from GE Aviation with the commitment to develop and manufacture a new type of (aircraft) engine here in the Czech Republic, including collaboration with the Czech Technical University in Prague (ČVUT). This plan, including collaboration with ČVUT, should create many highly specialised jobs, and also education opportunities for students. It will undoubtedly also help to further fuel Czech economic development.

What general improvements do you think can still be made in terms of Czech-US business ties? What would make them attain an excellent grade?

I believe that there should be more exchange programmes between both countries, both on a theoretical and practical level. There are certainly more opportunities out there than are presently being utilised. At the embassy in Prague we regularly devote our energies to various aspects of bilateral relations. For example, we focused on STEM (science, technology, engineering and mathematics), and organised a conference in Prague on this subject, which was attended by experts, entrepreneurs, and scientists. The emphasis of the conference was on nanotechnology. And this kind of an exchange of views by both sides could represent a further breakthrough in building relations.

was confirmed by the Senate on October 5, 2017 as the U.S. Ambassador to the Czech Republic. He is a prominent public servant and businessman who successfully acquired, built, and sold a specialty chemical manufacturing business and founded a family investment business. Ambassador King served as a National Committeeman for the Wisconsin Republican Party from 2007-2017. Earlier in his career, Ambassador King investigated civil rights violations for the Federal Bureau of nvestigation, served as an investigator for the U.S. Senate’s Permanent Subcommittee on Investigations, and was named Special Assistant to the U.S. Secretary of Agriculture for liaison between USDA and the Agriculture Committees of the House and Senate. Ambassador King earned a M.A. and a B.S. at Western Illinois University. He grew up in Chicago, Illinois. He is married to Karen King. They have three grown children and seven grandchildren.